These new products join a host of ThinkPad and ThinkVision announcements, which can work together nicely with some of these peripherals. We were able to go hands-on with some of these products before Lenovo announced them publicly, and you can check out our first impressions in the video below. For more details, read on further.

The most intriguing of the Lenovo Go announcements is the company’s USB-C Wireless Charging Kit, designed for use with laptops that charge via the USB-C port.

The kit includes a silver-metal charging mat, which stays stationary on your desk (and plugged into wall current). The entire top surface is an upward-facing metal contact area. A separate slim connector attaches to the bottom of your laptop and plugs in to your machine’s USB-C port for power. This connector has two down-facing metal contacts on the bottom that, when placed on the charging mat, charges the laptop wirelessly, merely through the surfaces touching. 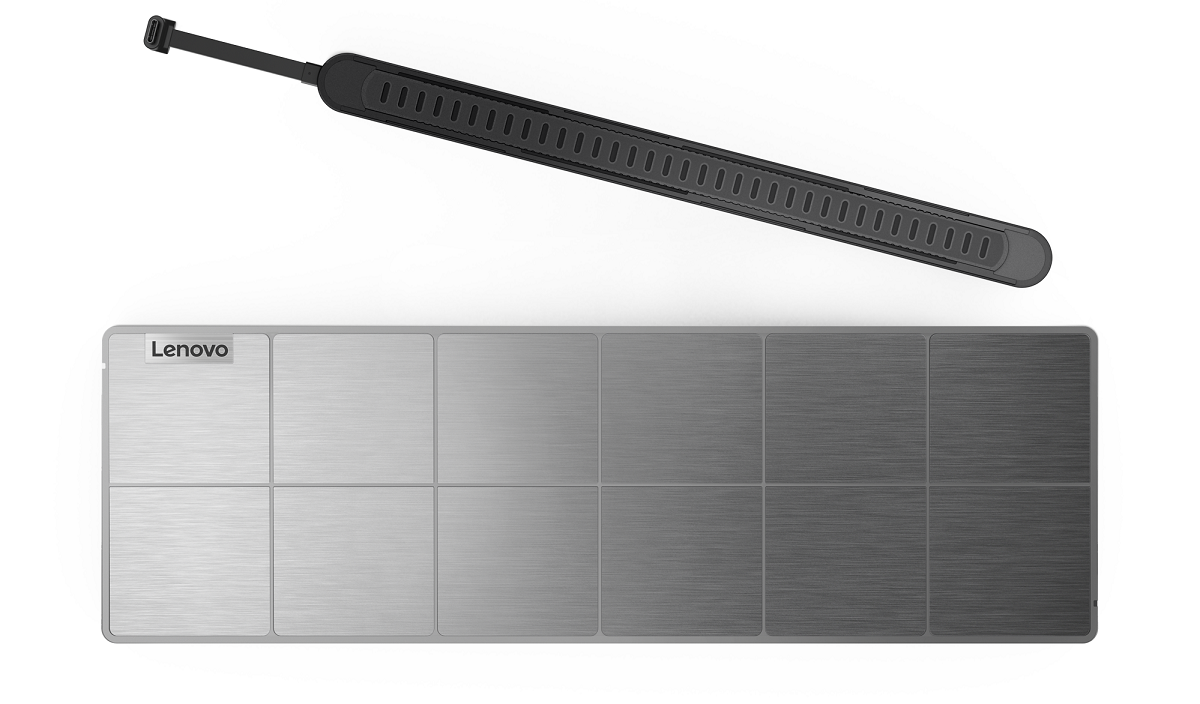 The charging base, plugged into an outlet, will provide your laptop with juice as long as the connection remains. You can simply lift your laptop off the base when you need to walk away with it, removing the need to unplug your machine each time, much like a wireless phone charger. 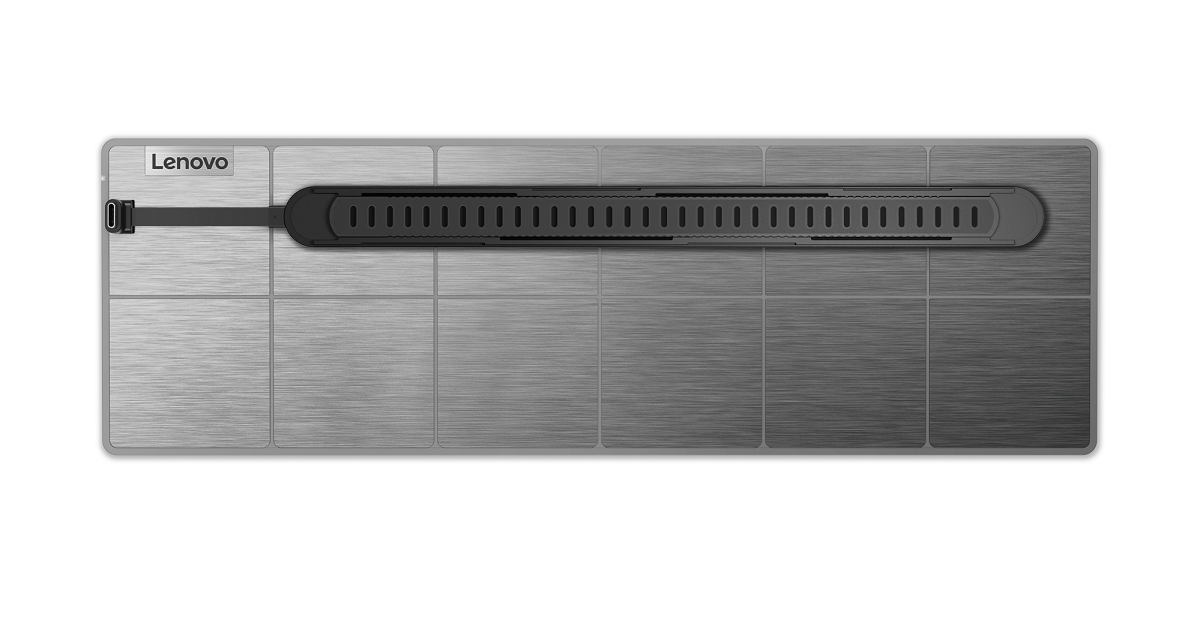 The laptop-side element, the charging bar, mounts on a slide rail on the laptop’s underside and works with Lenovo laptops and non-Lenovo ones alike, provided they employ USB-C charging. For a visual on how this works, check out the video. The Go Wireless Charging Kit will launch in October for $139.99.

Also Ready to ‘Go’: An Ergonomic Mouse and Split Keyboard

We also got a closer look at a couple of more traditional Go peripherals, though each with a twist (of cork): the Go Wireless Split Keyboard, and the Go Wireless Vertical Mouse.

Starting with the keyboard, it features an ergonomically focused design, with both split keys and a raised, curved center. This kind of split keyboard layout takes some getting used to, but it is a niche favorite with some desktop keyboards (especially mechanical or ergonomic ones). The raised-center design is a bit more common, and both should be more comfortable long-term once you acclimate. 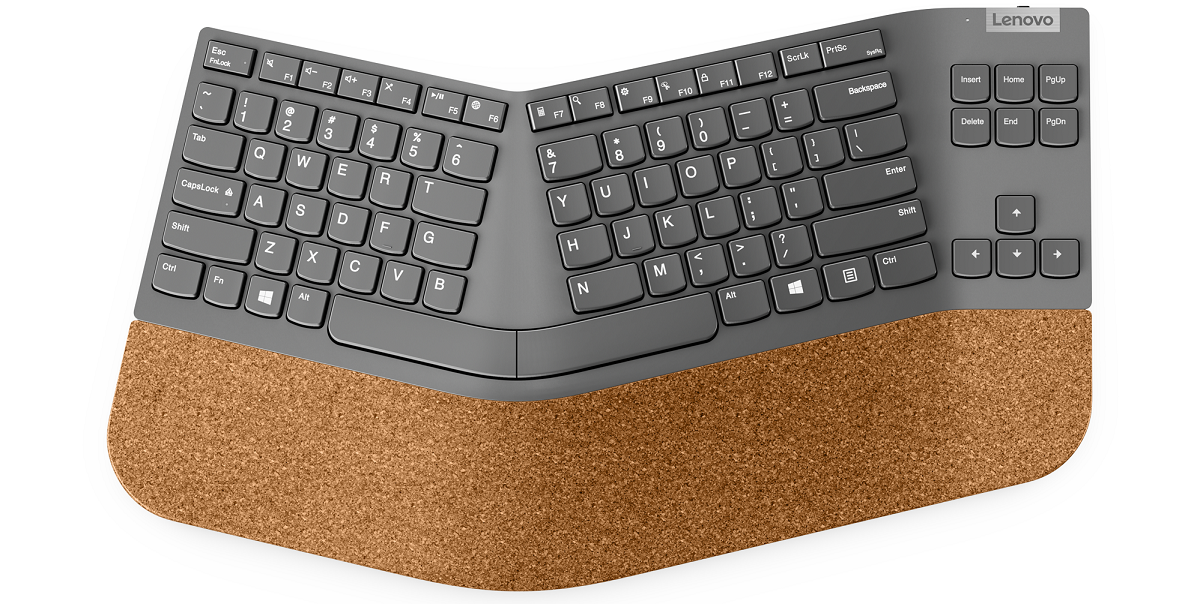 The wrist rest is made of cork, which is part aesthetic and partly for comfort. It’s softer than plastic, but coated with a finish for durability. Otherwise, the Go Wireless Split is a straightforward Bluetooth keyboard, and it will launch in October for $89.99.

The Go Wireless Vertical Mouse is also made with ergonomics in mind. Like the keyboard, this is not the first mouse to use this kind of ergonomically minded design, but it’s nice to see from a major manufacturer. The vertical design is more forgiving on your wrist, meant to reduce the tendency toward repetitive stress injuries. Your hand rests in a more forgiving “handshake” mousing position, rather than parallel to your desk, and your fingers, with smaller movements, are used to control the mouse. 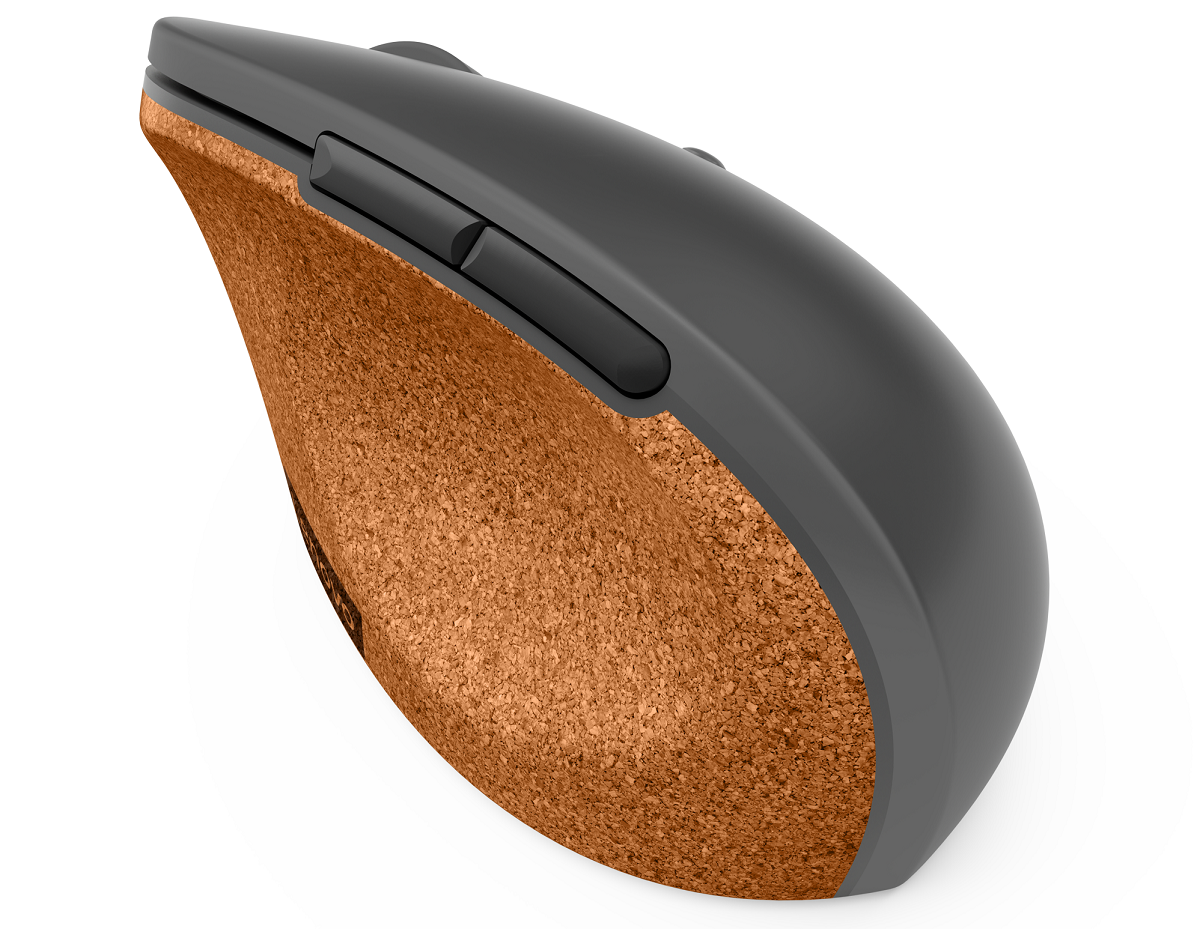 It, too, features the cork-inlay design, which felt fairly comfortable in hand. It offers up to 2,400dpi tracking resolution and six programmable buttons. The Go Wireless Vertical Mouse will launch in August for $49.99.

Also in the Hopper: New Mobile Monitors, Now at 15 Inches

Finally, we come to the portable screens, which are standalone offerings outside of the Lenovo Go brand. Lenovo has produced these kind of devices before under the ThinkVision brand (and geared toward business travelers), and we were big fans of the company’s earlier effort, giving the ThinkVision M14t an Editors’ Choice nod. These new versions introduce several changes, though, and Lenovo now offers two variants: the M15, and the L15.

The L15 is aimed at general consumers, while the M15 is the business-focused version, though they’re in actual fact pretty similar, just under differently colored skins. Both screens have been made larger than the past offerings, now coming in at (as their name suggests) 15.6 inches. 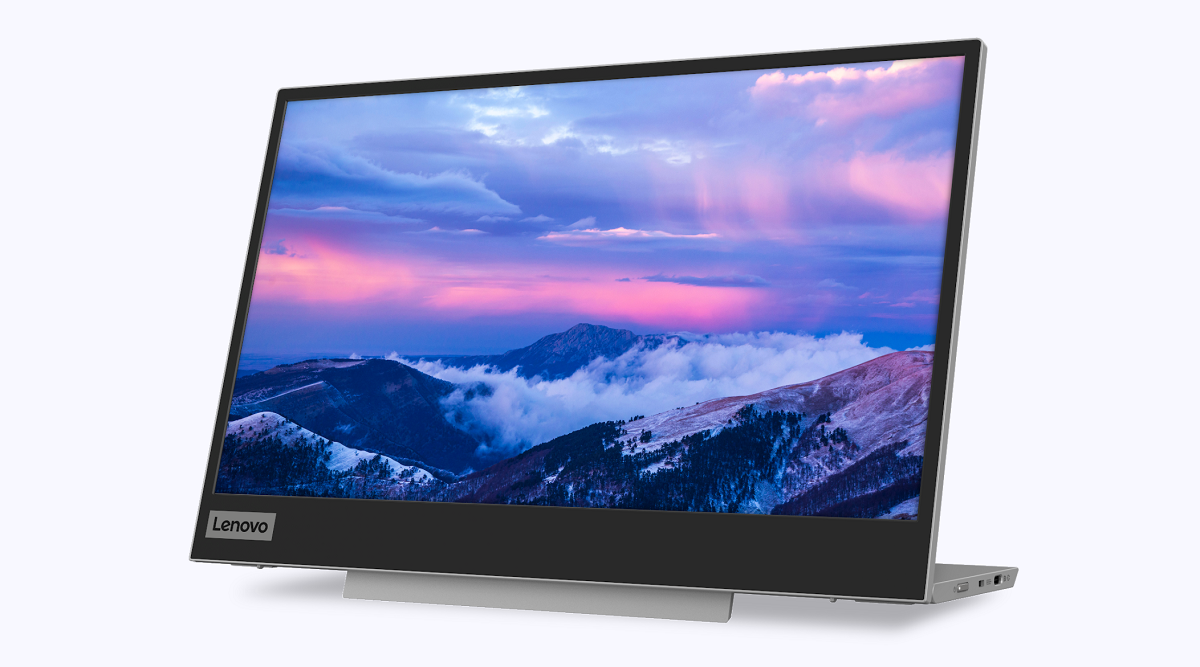 Both feature full HD native resolutions and are powered through USB-C, while also offering USB-C passthrough for further device connections, in the event connecting the panel to your laptop eats up your one USB Type-C connector. Portability is key, of course, and they weigh just 1.89 pounds.

You can get a closer look at the monitor’s design in the above video. The L15 will launch in September starting at $229.99, while the M15 will release at some point in Q3 for $219.99. Stay tuned for full reviews of these products when they’re made available.