Buying a laptop for a kid isn’t easy. Review sites (even this one) tend to focus on flagship devices and those with unique features rather than basic budget products. That’s partly due to reader interest, but also because vendors don’t like sending us cheapo, low-margin devices they don’t put much effort into. I’ve found that to be especially true in the laptop segment, where budget devices aren’t that good. Fortunately, a few worthy options have entered the market in recent years.

It’s these recent budget-friendly releases that I’ll be recommending to reader Ben in this week’s “Which Gadget Should You Buy?” A business analytics project manager, Ben is in search of a $400 or less laptop for his kid. He has only two requirements: that the system boot quickly and can play Minecraft.

Can my kid play Minecraft on a Chromebook?

Whenever someone tells me they want a good budget laptop, my mind immediately jumps to Chromebooks. They typically offer better specs at the same price as Windows PCs. Unfortunately, Minecraft isn’t supported on Chrome OS unless you’re an education user who can access the Play Store and download the Android app.

What about on the Acer Aspire 5?

Bummer. That leaves Bob with Windows laptops (we’re priced well out of Mac territory here). Finding a decent $400 laptop that runs Windows 11 is no simple task, but it’s possible if you’re willing to compromise on a few things. My first pick for Ben is the Acer Aspire 5. It’s not the most premium device, but you’ll have a hard time finding better specs for the price.

So, what’s wrong with it? Well, in typical budget PC fashion, the Aspire 5 comes with a boatload of bloatware. The webcam is also dreadful, and the design, with its thicker display bezels, isn’t exactly modern. The bigger issues are its relatively large size (0.7 inches thick and 3.2 pounds isn’t exactly thin and light anymore) and plastic touchpad.

A lot of people like to recommend an HP Stream but not a lot of people like to play games on an 11-inch screen, so I’m going to nix it. There is a 14-inch version, but the screen is super low-res and the processor is fairly underpowered. Instead, I’d try scoring a deal (like this one) on the Lenovo IdeaPad 3. It might be more laptop than what Ben and his son need, but it’s hard to complain given the $330 price.

Ben mentioned he’d been looking at Surface devices and would love the Surface Laptop SE if it were being sold to the public (not only purchasable through CDW). I’ll counter the SE with the Surface Laptop Go, which currently costs $350 for the base model. The specs aren’t great (4GB of RAM, 64GB of storage), but you won’t find a laptop that feels more premium at this price. If Ben can swing it, the new Surface Laptop Go 2 starts at $600 (I know, that’s quite a bit extra) and comes with twice the storage and a faster processor.

Would you recommend something else? Let us know in the comments! And if you need help deciding on which gadget to buy, then fill out our simple questionnaire. 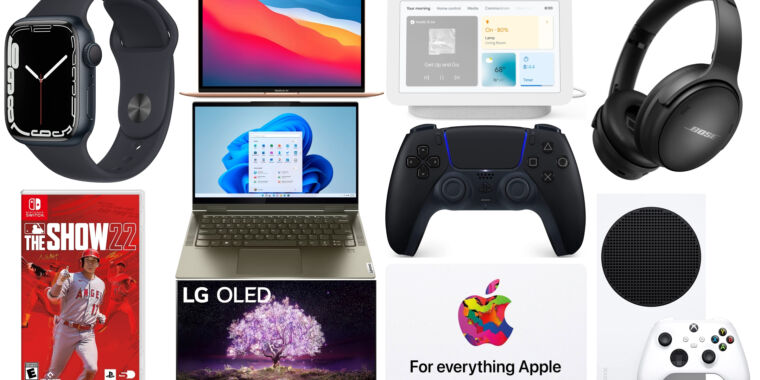