Skip to content
Home » Can Nimo Smart Glasses Replace Your Laptop? This On-the-Go Gadget Can Provide Six Virtual Screens For Your Work

Smart glasses have surprising features to offer for users these days. From enabling voice-operated commands to functioning as a virtual replacement for an object, these wearables have already taken a long way for improvement.

For instance, Nimo Planet’s own product comes with a smart feature that you can only imagine in sci-fi movies. If you want to avoid carrying any laptop on your work or travel, these smart glasses will provide you with a virtual screen that will serve its purpose.

Nimo Smart Glasses Are Out of This World 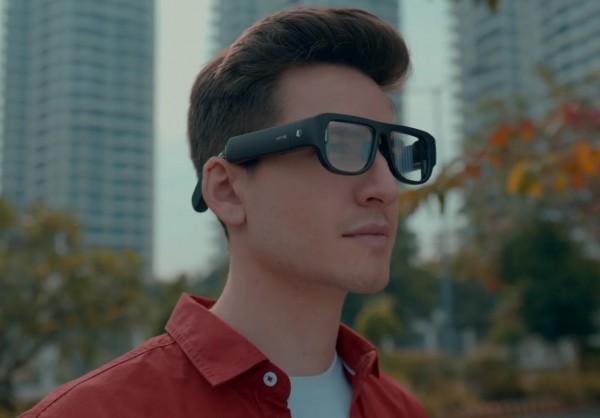 According to a report by Wired on Monday, March 21, Nimo Planet has created an interesting technology that will allow you to use a computer in a virtual setting. This wearable device relies on a Snapdragon XRI chip, an important component in creating a virtual mini-computer right in front of you.

These convenient smart glasses will now let you enjoy more comfortability, not to mention its portability. All you need besides them is a Bluetooth-enabled keyboard and mouse to get started with the magic.

After setting these things up, special displays will appear in your sight. You can now use up to six virtual screens for your work and other tasks.

The Indian-based firm said that it has been developing these special glasses a long time ago. It took them over four years to conceptualize and create the Nimo glasses.

As of press time, the company has unveiled that it would launch a Developer and Enterprise program for this. In short, this would be a good experiment time for developers who want to test the product at an early stage.

For the part of the customers, they could also gain early access to the units. Nimo Planet spoke that the shipment for these wearables could kick-off at the first half of next year. It will first roll out in the US and India at $799.

Related Article: Facebook’s Mark Zuckerberg Talks About ‘Teleportation’ via Smart Glasses, and How to Use The Device to Fight Climate Change

In a similar report from Wired, Nimo CEO Rohildev Nattukallingal said that they want to make their hardware simple to pave the way for “multiscreen productivity.” Moreover, the company wants to continue its “focused” approach of not relying on all available technologies.

Regarding the smart glasses, there’s no camera that you can use to capture any images. If you’re looking for speakers, this product does not have them, too.

For Nimo CEO, everything next to their creation is “secondary.” This is the reason why they did not incorporate any components such as cameras and sensors on the wearable product.

In addition, Nattukallingal conducted a Zoom demo for Nimo. He made use of six virtual screens for different apps and software. You can easily multitask through these displays and explore other settings like Wi-Fi.

Some improvements are still on the way for Nimo Planet, but looking at its current smart glasses, we could say that technology has really gone far in terms of productivity for the users.

This article is owned by Tech Times

ⓒ 2021 TECHTIMES.com All rights reserved. Do not reproduce without permission.