A laptop for power users who need maximum performance and aren’t tied to the Apple ecosystem.

If you’re a creative who doesn’t sit in the Apple camp then this is the laptop to buy. Like the latest MacBook Pro models, it is both powerful and pretty.

The energy-efficiency issue isn’t just greenwash for your tech – it really matters, because when computers think hard they tend to get hot. Nobody wants a hot lap while they’re working, or a loud fan. The Aero on test was impressively cool, yet quiet. There are two built-in fans but they’re really quiet; you don’t notice them.

I tested the largest model in the Aero range, the flagship Gigabyte Aero 17 HDR, which has a lush 17-inch 3840×2160 4K Ultra High Definition IPS display. The big, bright screen gives laptop users more space to work and is truly a feast for the eyes. Also notable in the new range is the Aero 15 OLED, which boasts the world’s first Xrite Pantone colour-calibrated OLED display. The screen technology means superb colour accuracy as well as additional brightness.

Performance was, as you might expect, blistering. I didn’t try 3D rendering but the 2D graphics work I did was whip-fast and the performance definitely increased my productivity. Sound was loud and clear too: this is a laptop you can watch movies on with pleasure. There’s no internal DVD or Blu-ray drive though, so you’d need to stream them or connect an external drive: it has three USB 3.2 ports (standard type A) and one Thunderbolt 3 port (the smaller USB type C). External DVD drives are very affordable and a must if you want to install existing software from disc anyway.

Software setup was a smooth experience with two exceptions. One was that the Gigabyte’s own software updates for the NVIDIA GPU driver came up once with buttons in Chinese. Two on-screen buttons… which to press? The Google Translate app on my smartphone came up trumps. I pointed the phone at the screen and confirmed my instinct: the characters on the left said ‘cancel’ and the ones on the right said ‘update’.

More of a pain was an unexpected downside of the 4K screen. It’s great to get more on the screen but, with that many pixels, text can suddenly be far too small. This is largely tackled well in Windows 10 settings. The search bar lets you find the right setting intuitively, with names like ‘make everything bigger’ and ‘make text bigger’. This worked perfectly on most things but older software isn’t always scalable, it just wasn’t built for such high-res screens.

My very ancient Adobe Photoshop CS2 was published in 2005… which means it’s legally old enough to get married. But it does a good enough job of photo editing, so I never forked out on a newer version. However it just wouldn’t scale to work well on the 4K display, which left menus and tools ridiculously small and near impossible to use. I tried all the legit workarounds. The only solutions I could find were either registry edits or buying a more modern version of Photoshop.

As we increasingly work from home, webcams and mics become ever more important for meetings. The mic performed well and is positioned just above the keyboard but below the fold – well-placed to pick up your voice. However, the webcam is in the same place and the result isn’t ideal. I prefer cameras placed at the top of the screen, which means you can’t have such a slim bezel design but gives a more natural camera angle that captures fewer of your (ok, my) chins. A decent webcam is cheaper and healthier than botox. The camera is good but I’d willingly take a laptop a few millimetres larger in return for a less unflattering camera angle. However, the camera’s sliding cover gets top marks for privacy. It’s reassuring to know that no-one’s watching. It keeps dust off the lens too.

Gigabyte has designed this laptop for power users and has done a great job of putting you in control of that power. The Gigabyte Control Centre is an epic dashboard that lets you see detailed performance stats, control certain settings and even customise stuff like how hard the machine’s two fans should work at various temperatures. If you want to fine-tune your laptop’s performance then you’ve come to the right place.

The most enjoyable of all the settings is for the Aero’s colourfully backlit keyboard. At first glance, you think it’s illuminated in rainbow colours but then the rainbow moves across the keys. Every single key is backlit with colour that can be individually controlled, and one of the tabs in the Gigabyte Control Centre lets you choose or customise the colours. If laptops were towns, the Gigabyte Aero would be Blackpool. But a really posh bit of Blackpool.

The preset colour patterns are enough for most users. My favourites were Wave, which sees a rainbow of colours wash across the keys, and Fade on Keypress, which sees a single key light up when you press it and then the colour fades away, like an after-image. You can create your own custom illuminations.

I loved the keyboard design: it’s pleasant and large enough to type on and – thanks to the 17-inch screen’s larger size – manages to squeeze in a number pad and arrow keys, rather than the ‘tenkeyless’ design of smaller laptops. The colourful backlighting makes it compelling to use and is very on-trend. It looks great alongside the Zephyr gaming mouse I reviewed last year.

The laptop’s large built-in touchpad is an alternative to using a mouse. It lacks physical buttons; instead you push down on the bottom-left of the pad for the left button and the bottom-right of the pad for right. They click down, whereas the top half of the pad doesn’t click at all. It works fine and the large size is excellent. I also liked the small fingerprint sensor built into the top-left corner of the touchpad: it was easy to set up in Windows 10 and made biometric logins a breeze.

In all, the Gigabyte Aero was very impressive. The Aero 17 HDR is worth considering if you want a large screen and heaps of creative power. The other model in the range most worth your consideration is the Aero 15 OLED, which uses OLED technology for even more brightness and superior colour accuracy.

If you’re already in the Apple camp – and many creatives are – then the MacBook Pro is Apple’s most powerful laptop. It comes in 13-inch and 16-inch screen sizes. Again, expect a stunning, vivid display. Or look at the MacBook Air if you want the slimmest, lightest Apple laptop.

Another immersive 17-inch Windows laptop for creatives. This gives you less keyboard than the Gigabyte Aero, doing away with the number pad and putting speakers on each side of the keyboard. But it does manage to fit the webcam above the screen.

A 17-inch gaming powerhouse, again with a pretty rainbow keyboard. This is pricey but if you work in a demanding creative industry by day and fancy yourself as an esports player by night, it might be possible to justify the price… or claim it on expenses?

Sign up to the E&T News e-mail to get great stories like this delivered to your inbox every day. 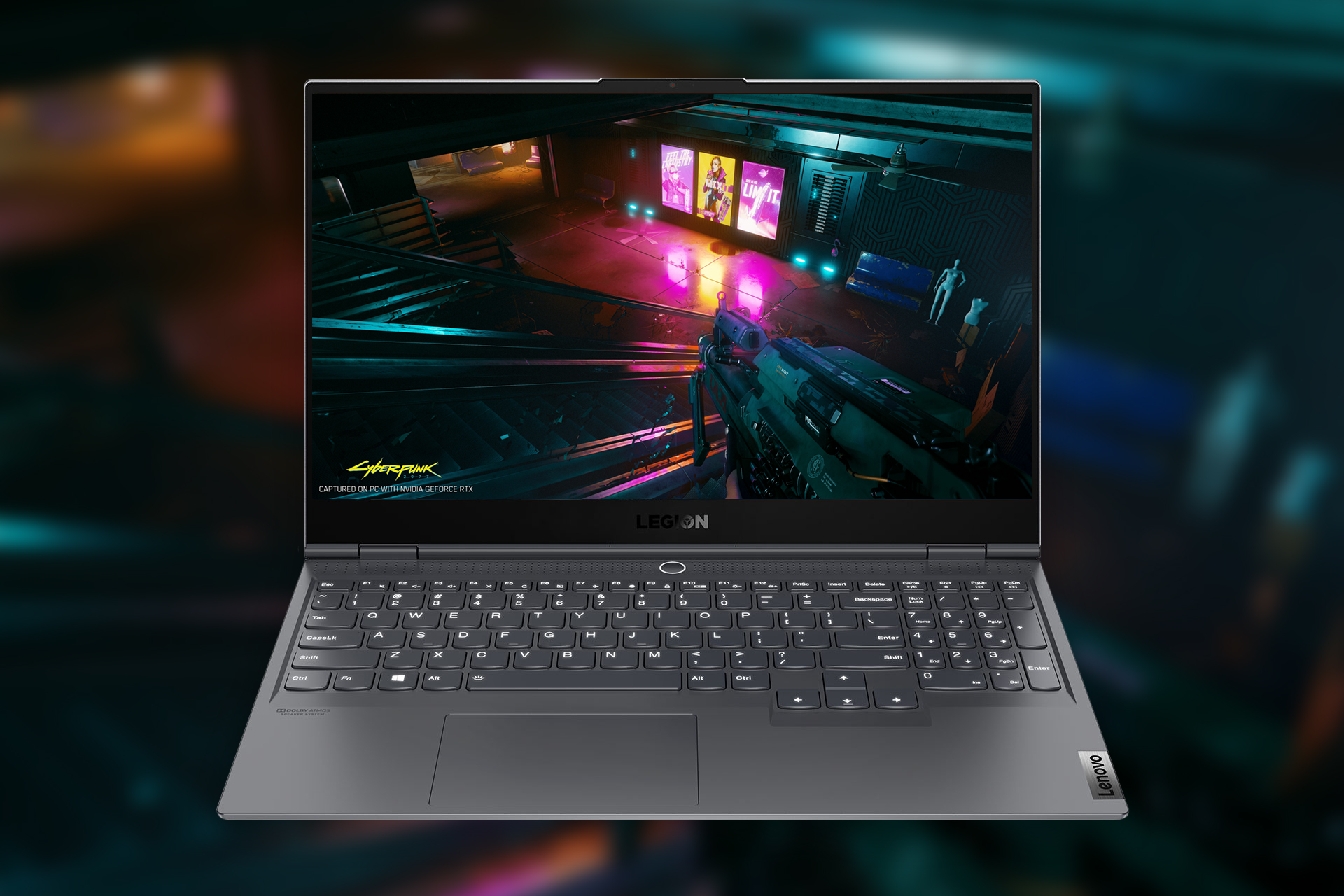 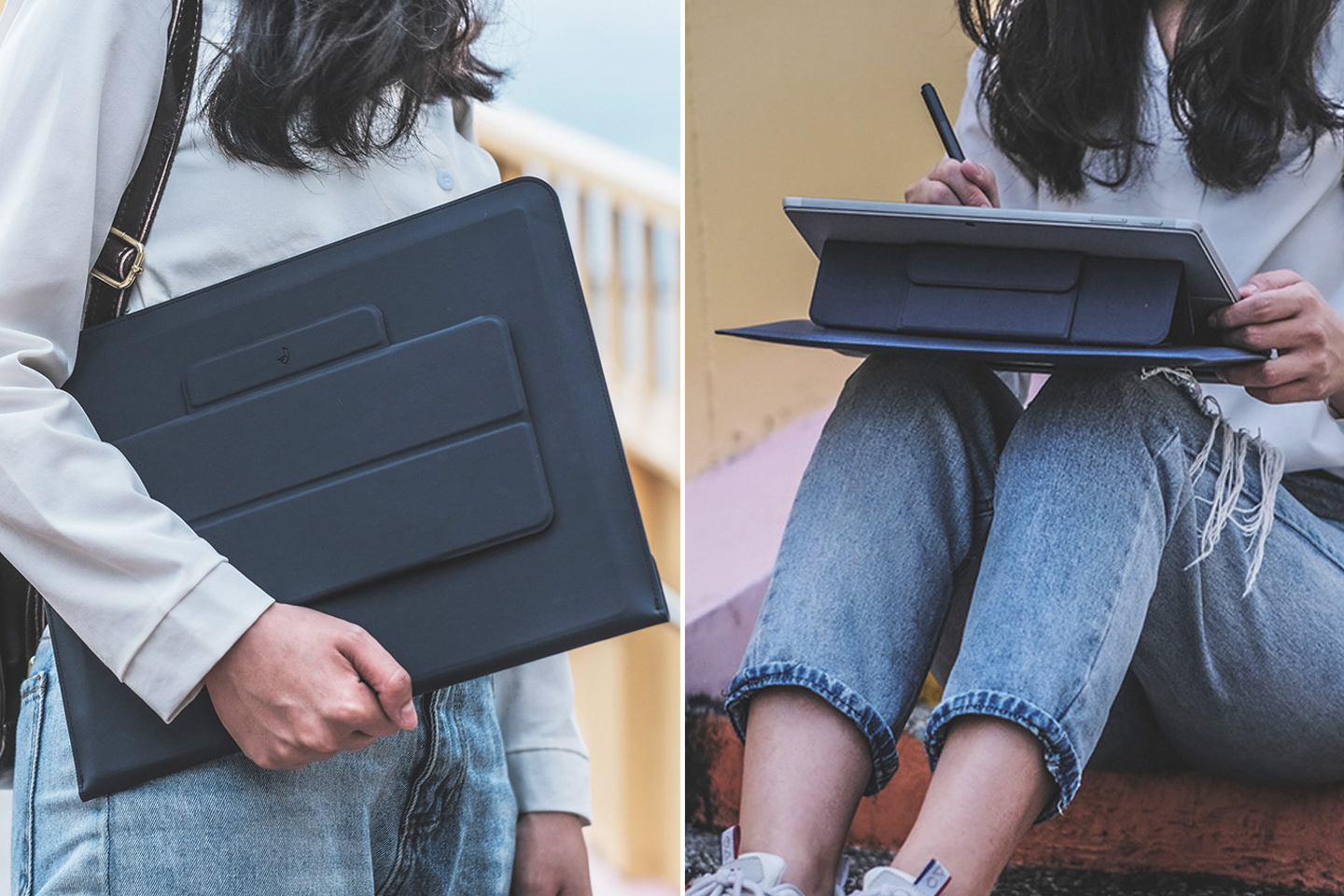 This ergonomic laptop stand doubles as a sleeve for your most valuable gadget!