“It is not enough to take this weapon out of the hands of the soldiers. It must be put into the hands of those who will know how to strip its military casing and adapt it to the arts of peace.”

These stirring words, spoken in 1953 by then US president Dwight Eisenhower, are worth recalling as the world marks the anniversaries of two devastating tragedies involving nuclear technology: the Fukushima disaster in Japan on 11 March 2011, and the catastrophic accident at Chernobyl in what is now Ukraine on 26 April 1986.

In Japan, some 19,300 lives were lost as a result of an earthquake that occurred off the island of Honshu and the tsunami that followed. The tsunami also swept over the protective sea wall around the Fukushima Daiichi nuclear power plant, and the subsequent flooding led to the partial meltdown of three reactor cores, causing fires and explosions. Twenty-five years earlier, human error resulted in a meltdown at the Chernobyl site, blowing the roof off a nuclear reactor and releasing radiation across Europe. 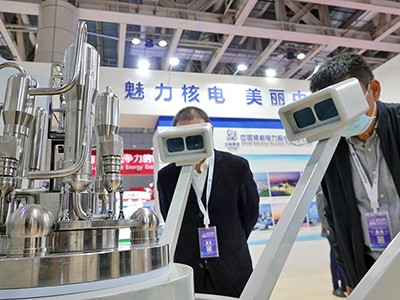 Successive disasters have depleted the public optimism that accompanied Eisenhower’s 1953 address to the United Nations General Assembly. Today, his speech is a reminder that nuclear power shares a common ancestor with weapons of mass destruction. Both of these factors have stymied nuclear energy’s great promise as a source of fuel.

New reactors continue to be planned and built — in China and India, for example. But, as the International Energy Agency (IEA) has noted, overall uptake of nuclear energy, especially in high-income countries, is below what it calls its Sustainable Development Scenario. And, set against the falling costs of energy produced from renewable sources such as solar and wind power, it is possible that the demand for nuclear energy will not rebound.

With attention focused on nuclear disasters, it’s hard to imagine the enthusiasm with which nuclear energy was once regarded, when it was seen by many as one answer to global energy demand. From the first experimental reactor in 1951, reactors were commissioned at an increasing rate, with 20–30 commissioned almost every year during a peak period between the late 1960s and the end of the 1970s. A fire in 1957 at one of the United Kingdom’s power plants, Windscale — later renamed Sellafield — did not impede the global rate of growth.

But that changed after the 1979 disaster at the Three Mile Island plant in Pennsylvania, where a cooling malfunction led to part of a reactor core melting down. Fortunately, that did not lead to any loss of life, but, 7 years later, some 31 people died as a direct result of the Chernobyl disaster. Many more have been affected by the radiation that spread across what was then the Soviet Union, as well as Eastern and Western Europe, but the numbers remain contested. During the Fukushima disaster, up to 50 people sustained non-fatal radiation burns, and one person subsequently died from lung cancer resulting from radiation exposure.

In addition to the deaths and health risks, the cost of the damages caused by Chernobyl is thought to exceed US$200 billion, and the Japan Center for Economic Research estimates the costs of decontaminating the Fukushima site to be between $470 billion and $660 billion. In the wake of the disaster, 12 of Japan’s reactors have been permanently shut; a further 24 remain closed pending ongoing safety reviews, which are adding to the costs.

What all of this means is that, on top of construction costs, any country investing in nuclear power must be prepared to set aside — or must have access to — vast sums that can be released in the event of disasters, whether they occur as a result of human error or natural phenomena. 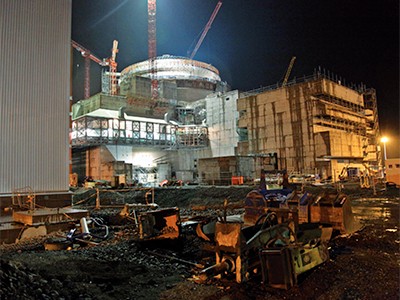 Countries planning to embark on a nuclear-energy programme are also expected to work with the Nuclear Suppliers Group, which oversees nuclear trade for peaceful purposes, and the International Atomic Energy Agency (IAEA). The latter is essential, but the IAEA is not a conventional energy regulator. It monitors and inspects nuclear power plants, but also has the simultaneous job of trying to ensure that a country is not diverting fissile materials for weapons use. That is, in part, because some nations — India and Pakistan, and in all probability Israel — became nuclear powers after originally seeking nuclear technology for research or to develop nuclear power.

Considering the barriers to the adoption of nuclear energy, it is not surprising that much of the nuclear energy generated around the world is produced by nuclear-weapons states. Most countries will baulk at the idea of setting up a nuclear power plant if the total bill could run to hundreds of billions of dollars.

By contrast, although renewable-energy technologies are still in their relative infancy, their costs are falling and their regulation is much more straightforward. This is important: the technology used to turn on lights or charge mobile phones shouldn’t need to involve national or international defence apparatus.

Clearly, nuclear energy will be with us for some time. New plants are being built and older ones will take time to decommission. But it is not proving to be the solution it was once seen as for decarbonizing the world’s energy market. Nuclear power has benefits, but its continued low take-up indicates that some countries think these are outweighed by the risks. For others, the development of nuclear energy is unaffordable. If the world is to achieve net zero carbon emissions, the focus must be on renewable energies — and one of their greatest benefits is that their sources are available, freely, to all nations.