Plug the Hello X3 in the top left corner of any display (or any flat surface) and suddenly you have a stylus-capable screen that you can draw on, annotate against, and present with.

Up until just 5 minutes ago, I was ready to throw a little over a grand at a new, 12.9-inch M1 iPad Pro and the Apple Pencil. I’m honestly reconsidering now after stumbling across this $120 gadget that transforms any flat surface into a stylus-friendly touchscreen. Titled the YELANG Hello X3, this 3-axis-shaped device plugs onto the corner of any flat rectangular surface (although it’s much more useful when mounted on a display), practically turning it into an iPad. The Hello X3 works with displays as large as 27-inches, and comes along with a pressure-sensitive stylus too to rival the Apple Pencil. 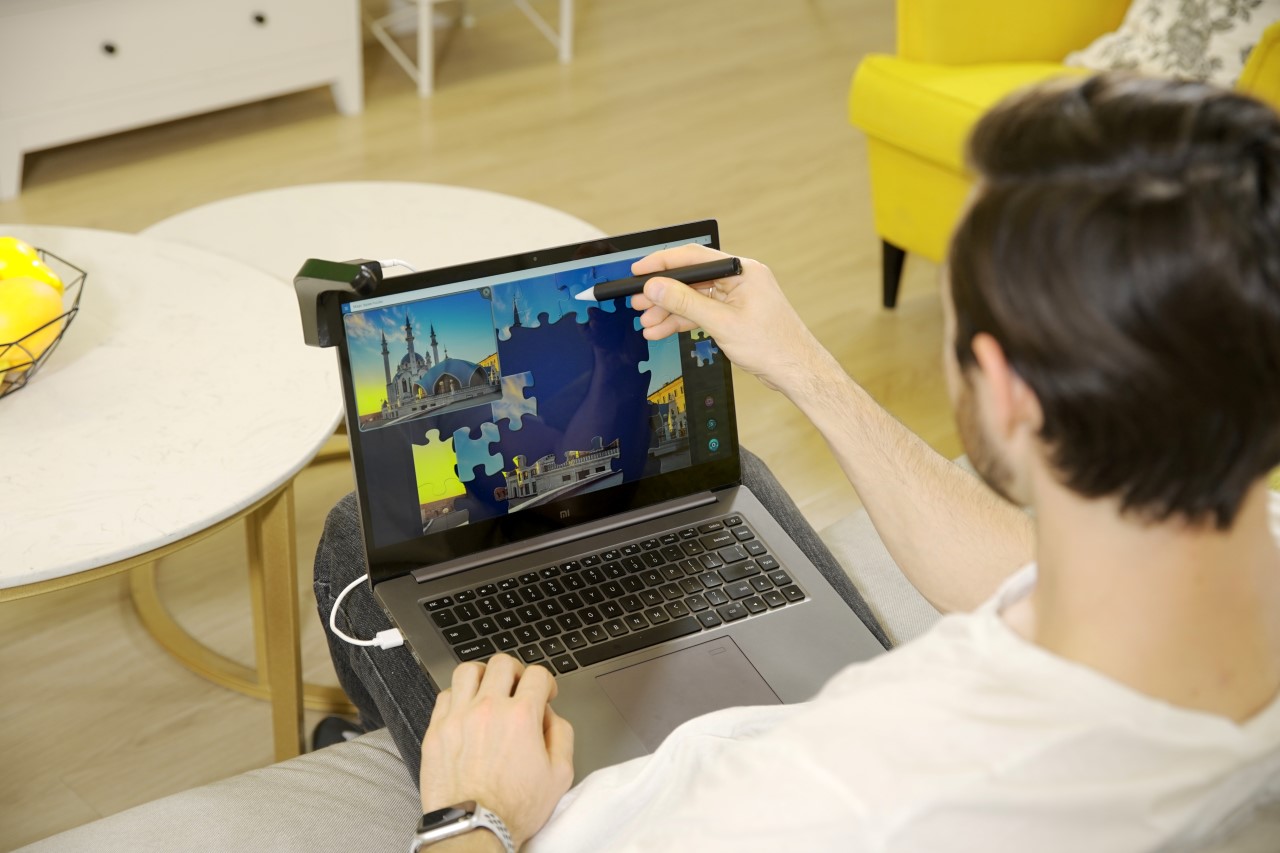 Currently in its third generation (hence the X3 suffix), the Hello X3 expands on what its previous generations could do. It comes with a camera-sensor that can now read surface areas that are anywhere between 10-27 inches, has 2mm precision (which is alright, to be honest), a 120 fps response time, and here’s the best part, compatibility with both Macintosh and Windows-based systems. Just plug it onto your iMac or your Windows desktop monitor and you’ve got yourself a massive tablet PC that you can sketch on, make models in, edit documents, sign papers, or even use in a bunch of other productivity apps and softwares. If you’re traveling, the Hello X3 plugs right off and is portable enough to be carried right in your bag along with the stylus.

The Hello X3’s universal design is perhaps its biggest selling point, but it’s also matched by the fact that setting it up on a new device is ridiculously simple. Just pop the gadget on the top-left of the screen (it works with left-handed as well as right-handed users), plug it in via USB, and you’re ready to calibrate it. To calibrate the Hello X3 to your screen, just tap the 4 corners of the display with the stylus and you’re done. The stylus is thick and grippy like a marker or a fountain-pen, and sports a pressure-sensitive tip that can make thicker strokes if you press harder and thinner strokes if you lightly touch a surface. In just minutes, your 4K monitor turns into a graphics tablet. 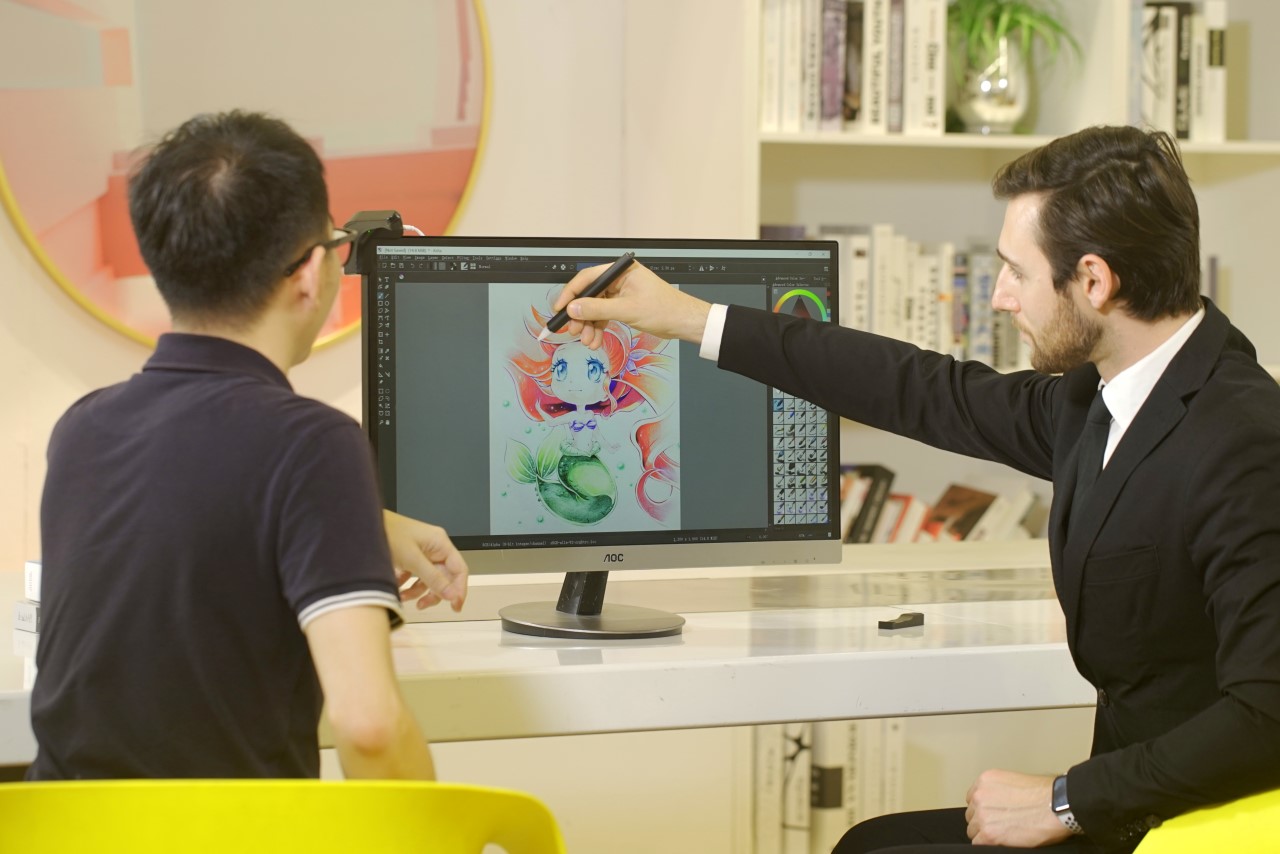 The Hello X3 works with regular surfaces too. If you’re not really comfortable with drawing on vertical surfaces (which, let’s face it, can get uncomfortable), just plug the Hello X3 onto a drawing pad or a clipboard and you’ve got yourself a makeshift tablet PC (remember the Wacom Intuos?). This setup works rather well when you’re using a projector too, instead of a laptop or a desktop monitor. Each Hello X3 comes along with its own drawing-board for good measure, and a stand for your stylus when it’s not in use. The stylus has a standby time of 120 days, and a use-time of 4 hours, although it charges completely in just under 30 minutes. The YELANG Hello X3 is currently in its final hours of funding and is set to ship as early as September. Grab it at its special early-bird price of $120 on Kickstarter! 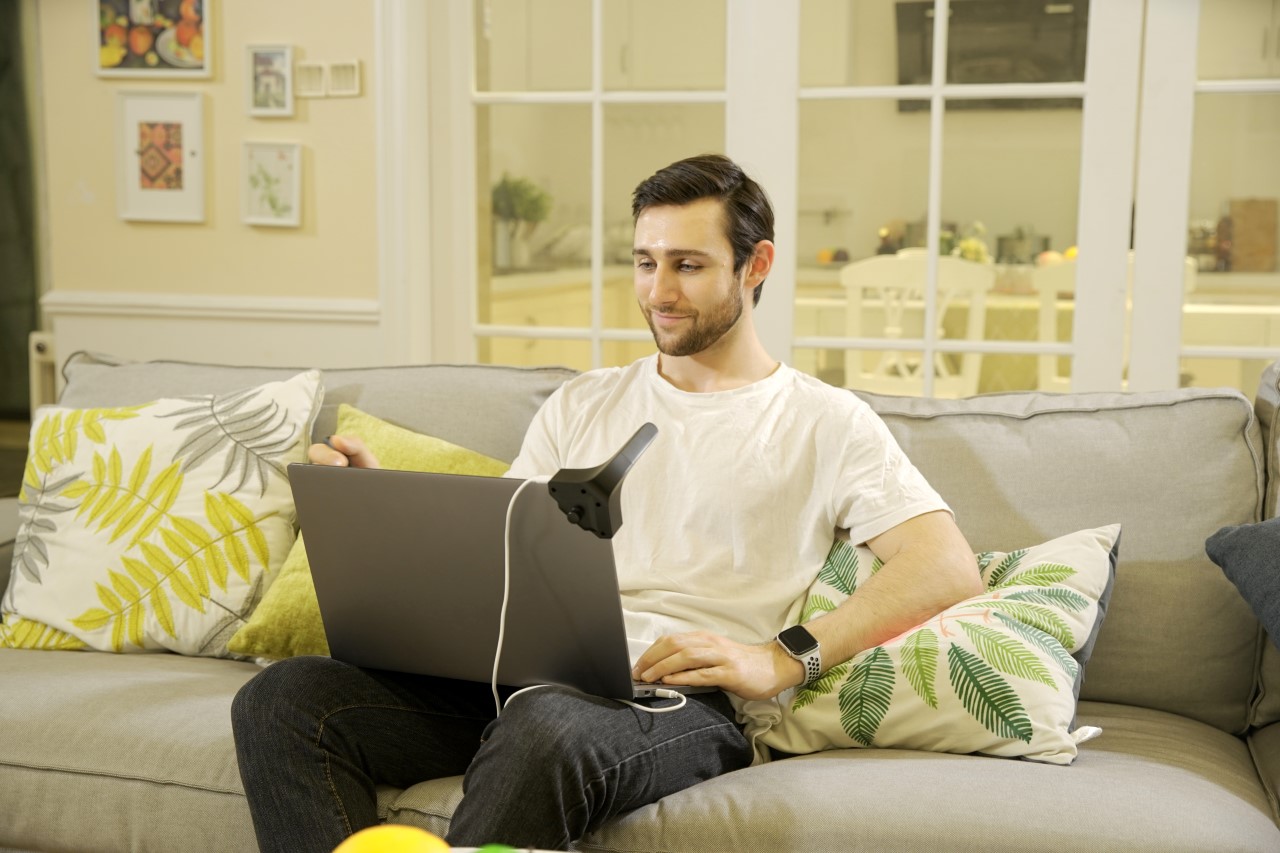 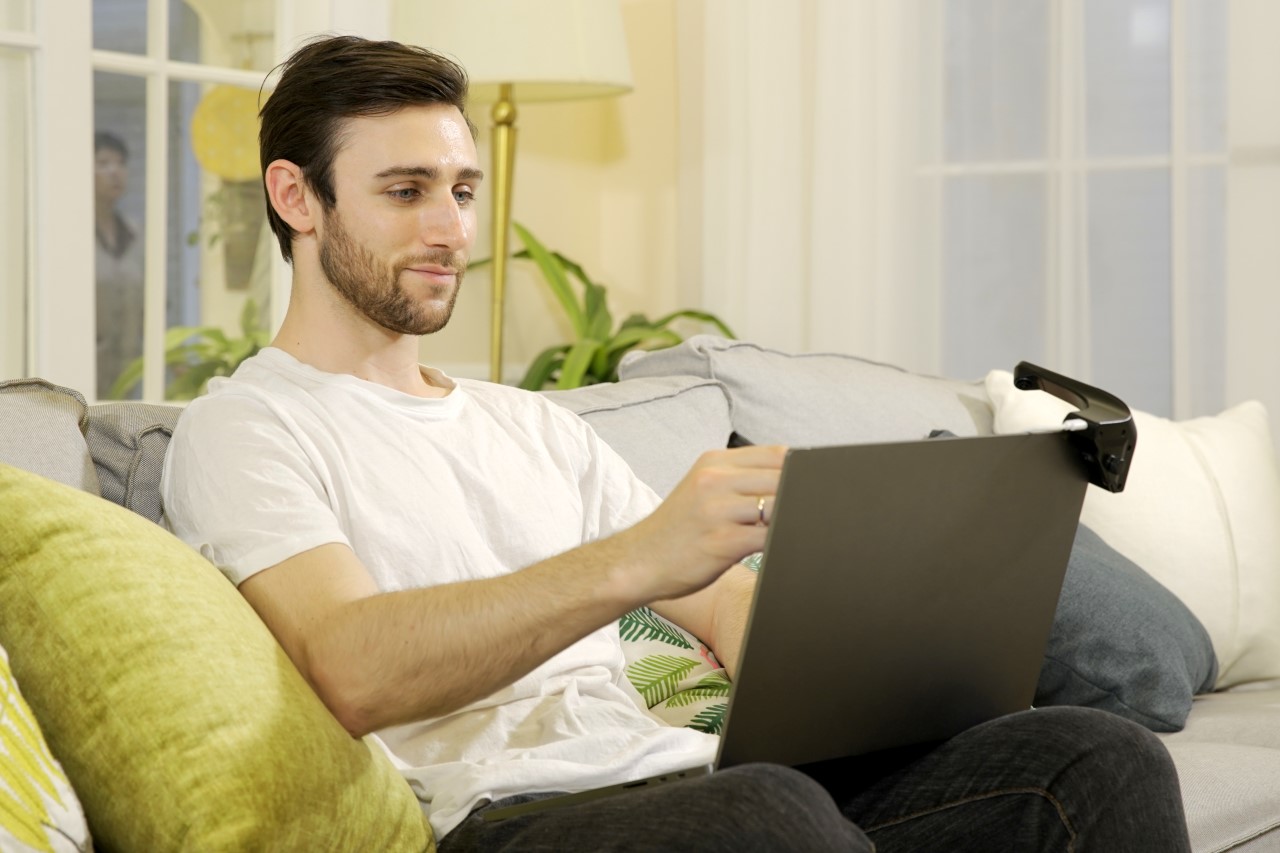