Skip to content
Home » Advantages and Disadvantages of Using Linux

Linux is a buzzword and you keep hearing about Linux here and there. People discuss it in the tech forum, it is part of the course curriculum and your favorite tech YouTubers get excited while showing their Linux build. The 10x developers you follow on Twitter are all Linux fans.

Basically, Linux is everywhere and everyone keeps talking about it. And that gives you FOMO.

So, you wonder about the advantages of Linux and whether is it really worth trying.

I have compiled various possible advantages and disadvantages of Linux in this article.

If you are on the fence about choosing Linux over your preferred operating system, we would like to help you out.

Considering you are curious about Linux as an alternative operating system choice, it only makes sense that you know its advantages.

You might never regret your decision if it excels at what you want it to do.

No Need to Purchase a License

You need to own an Apple device to use macOS as your daily driver and a Windows license to use Microsoft’s Windows.

Therefore, you need a bit of investment with these options. But, with Linux? It’s entirely free.

Not just the OS, there are many software packages available for free on Linux when compared to Windows and macOS.

You can try every mainstream Linux distribution without paying for a license. Of course, you get the option to donate to support the project, but that is up to you if you really like it.

Additionally, Linux is totally open-source, meaning anyone can inspect the source code for transparency.

Can Run With Minimal System Resources

Typically, when users think of trying another operating system, it is because they are frustrated with the performance of their system.

This is from my personal experience. I have had friends willing to try Linux to revive their old laptop or a system that constantly lags.

And, when it comes to Linux distributions, they are capable of running on decent hardware configurations. You do not need to have the latest and greatest. Moreover, there are specialized lightweight Linux distributions that are tailored to run on older hardware with no hiccups.

So, you have more chances to revive your old system or get a fast-performing computer in no time with Linux.

No operating system is safe from malicious files or scripts. If you download and run something from an unknown source, you cannot guarantee its safety.

However, things are better for Linux. Yes, researchers have found attackers targeting Linux IoT devices. But, for desktop Linux, it is not “yet” something to worry about.

Malicious actors target platforms that are more popular among households, and Linux does not have a big market share in the desktop space to attract that kind of attention. In a way, it can be a good thing.

All you have to do is just stick to the official software packages, and read instructions before you do anything.

As an extra plus, you do not necessarily need an antivirus program to get protection from malware.

With an open-source code, you get the freedom to customize your Linux experience as much as you want.

Of course, you require a bit of technical expertise to go utilize the best of it. Even without any experience, you get more customization features in your operating system when compared to macOS and Windows.

If you are into personalizing your experience and willing to put in extra effort, Linux is for you. As an example, refer to the KDE customization guide and dock options to get basic ideas.

With macOS or Windows, you get limited to the design/preference choices finalized by Microsoft or Apple.

But, with Linux, you will find several Linux distributions that try to focus on various things.

For instance, you can opt for a Linux distribution that focuses on getting the latest features all the time, or you can opt for something that only gives you security/maintenance updates.

You can get something that looks beautiful out of the box or something that you provide crazy customization options. You will not run out of options with Linux.

I recommend starting with options that give you the best user experience.

If you are a software developer or student learning to code, Linux definitely has an edge. A lot of your build tools are available and integrated into Linux. With Docker, you can create specialized test environment easily.

Microsoft knows about this part and this is why it created WSL to give developers access to Linux environments inside Windows. Still, WSL doesn’t come close to the real Linux experience. The same goes for using Docker on Windows.

I know the same cannot be said about web designing because the coveted Adobe tools are not available on Linux yet. But if you don’t need Adobe for your work, Linux is a pretty good choice.

Learning Linux is a Skill One Must Have!

There is a learning curve to using Linux, but it provides you with insights on various things.

You get to learn how things work in an operating system by exploring and customizing it, or even just by using it.

Not everyone knows how to use Linux.

So, it can be a great skill to gain and expand your knowledge of software and computers.

Linux is an in-demand Job Skill

As I mentioned above, it is a great skill to have. But, not just limited to expanding your knowledge, it is also useful professionally.

You can work your way to become a Linux system administrator or a security expert and fill several other job roles by learning the fundamentals of Linux.

So, learning Linux opens up a whole range of opportunities!

These days you cannot use Windows without a Microsoft account. And when you set up Windows, you’ll find that it tries to track your data from a number of services and applications.

While you can find such settings and disable them, it is clear that Windows is configured to disregard your privacy by default.

That’s not the case in Linux. While some applications/distributions may have an optional feature to let you share useful insights with them, it has never been a big deal. Most of the things on Linux are tailored to give you maximum privacy by default without needing to configure anything.

Apple and Microsoft on the other hand have clever tactics to collect anonymous usage data from your computer. Occasionally, they log your activity on their app store and while you are signed in through your account.

Got a tinkerer in you? If you like to make electronics or software projects, Linux is your paradise.

You can use Linux on single-board computers like Raspberry Pi and create cool things like retro gaming consoles, home automation systems, etc.

You can also deploy open source software on your own server and maintain them. This is called self-hosting and it has the following advantages:

Clearly, you’ll be doing all this either directly with Linux or tools built on top of it.

Linux is not a flawless choice. Just like everything, there are some downsides to Linux as well. Those include:

Every so often it is not just about learning a new skill, it is more about getting comfortable as quickly as possible.

If a user cannot get their way around the task they intend to do, it is not for them. It is true for every operating system. For instance, a user who uses Windows/macOS, may not get comfortable with Linux as quickly.

You can read our comparison article to know the difference between macOS and Linux.

I agree that some users catch on quicker than others. But, in general, when you step into the Linux world, you need to be willing to put a bit of effort into learning the things that are not obvious.

While we recommend using the best Linux distributions tailored for beginners, choosing what you like at first can be overwhelming.

You might want to try multiple of them to see what works with you best, which can be time-consuming and confusing.

It’s best to settle with one of the Linux distributions. But, if you remain confused, you can stick to Windows/macOS.

Linux is not a popular desktop operating system.

This should not be of concern to a user. However, without having a significant market presence, you cannot expect app developers to make/maintain tools for Linux.

Sure, there are lots of essential and popular tools available for Linux, more than ever. But, it remains a factor that may mean that not all good tools/services work on Linux.

Refer to our regularly updated article on Linux’s market share, to get an idea.

As I mentioned above, not everyone is interested in bringing their tools/apps to Linux.

Hence, you may not find all the good proprietary offerings for Windows/macOS. Sure, you can use a compatibility layer to run Windows/macOS programs on Linux.

But that doesn’t work all the time. For instance, you do not have official Microsoft 365 support for Linux and tools like Wallpaper Engine.

If you want to game on your computer, Windows remains the best option for its support for the newest hardware and technologies.

When it comes to Linux, there are a lot of “ifs and buts” for a clear answer. You can refer to our gaming guide for Linux to explore more if interested.

I know not everyone needs it. But, there are tech support options that can guide users/fix issues remotely on their laptop or computer.

With Linux, you can seek help from the community, but it may not be as seamless as some professional tech support services.

You’ll still have to do most of the hit and try stuff on your own and not everyone would like it.

I am primarily a Linux user but I use Windows when I have to play games. Though my preference is Linux, I have tried to be unbiased and give you enough pointers so that you can make up your mind if Linux is for you or not.

If you are going for Linux and have never used it, take the baby step and use Linux in a virtual machine first. You can also use WSL2 if you have Windows 11.

I welcome your comments and suggestions. 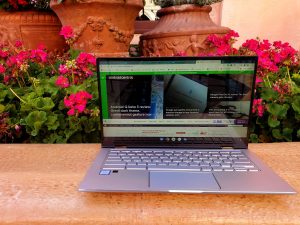 Are Chromebooks a Good Option for Online Entrepreneurs?

Lenovo Duet 3 Review: More Than I Expected From a Budget Laptop

Are Chromebooks a Good Option for Online Entrepreneurs?

Lenovo Duet 3 Review: More Than I Expected From a Budget Laptop

How To Create Awesome Meta Descriptions